Learn how to write and shape a reward function

Written by Johnny
Updated this week

Reinforcement learning (RL) is both simple and powerful.

This tutorial outlines one of the key steps in adapting your simulation for RL— creating the reward function.

What Is a Reward Function?

The goal of this tutorial is to teach you how to write and shape your first reward function. This introduction will use the syntax detailed in the reward function syntax tutorial. 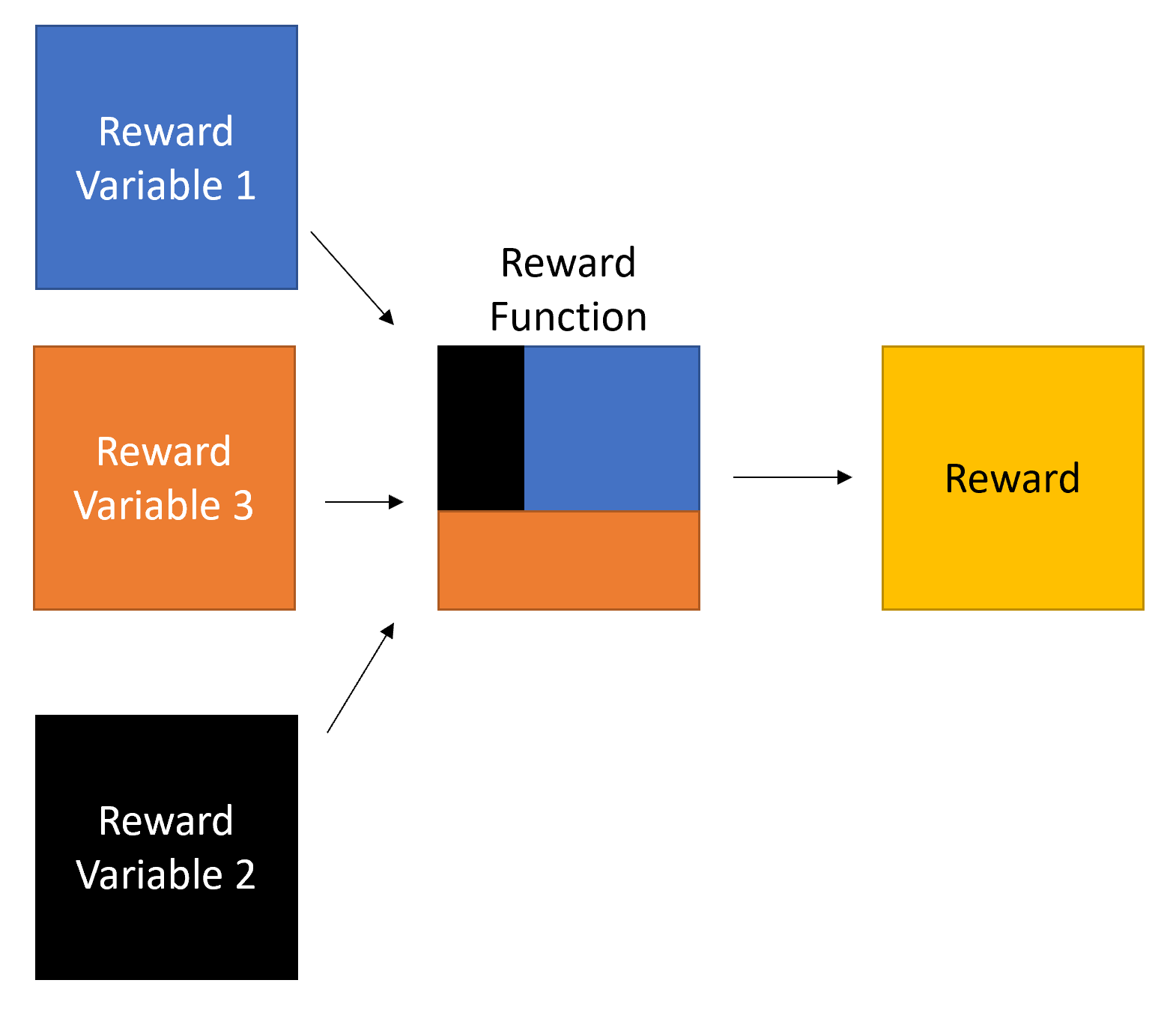 Consider the supply chain model, in which a retailer, warehouse and factory exchange goods to meet incoming demand. The objective of this model is to reduce the cost incurred by each member of the supply chain in the face of variable demand. Desirable behavior drives down costs. Therefore, it is natural to make a totalCost reward variable. In addition to totalCost, other influences on the cost incurred such as totalWaitTime should also be defined as reward variables.

Once the reward variables are defined to align with “metrics that matter” - i.e. the goals you seek to achieve -- it is time to bundle them together in a reward function.

The two reward variables totalCost and totalWaitTime accumulate throughout a simulation run or “episode.” The Pathmind Policy will alter the totalCost as it explores and trains for the best set of actions. The reward function accounts for how the policy has changed these reward variables.

The syntax shown below in the Pathmind Web app tracks how the reward variables change at each step due to the policy. The “before” value stores totalCost before the action is taken, and the “after” value is the totalCost afterward. The difference between the two “after - before” represents how much additional cost has resulted from the action. If that cost is large, then the policy should be penalized.

The reward function described above has a structure that can be used in a wide variety of scenarios. In order to outline a general strategy, let’s first take a closer look at the after – before; expressions in Figure 2, above. This syntax includes everything that the policy needs in order to learn: how actions affect the reward variables (“metrics that matter”); whether the effect is desirable or not (“reward vs. penalty”); and the relative importance of the reward variables.

Figure 3: Reward shaping strategy. Reward variables (black blocks) are first defined to accumulate during an episode (step 1), then they are normalized (step 2). Next, isolated component reward functions, shown as green, orange and red rectangles, are individually tested in the Pathmind production web app (step 3). Finally, the component reward functions are stacked together, and their weights, which denote relative importance, are tuned (step 4). The reward signal produced by the function is represented by the gold square.

The first step in writing your reward function is to clearly define reward variables that accumulate during an episode. Variables such as totalThroughPut, totalDailyCost, totalDownTime are several hypothetical examples. These variables are represented by black blocks on the left of the figure below.

(1) running the simulation model for one episode on random actions;

(2) recording the maximum values of each aggregate reward variable;

(3) dividing each reward variable by its maximum value so that it approaches ~1 as the episode progresses; and

(4) multiplying by the number of Pathmind trigger steps in each episode so that each reward variable increments by ~1 each step.

Note: You can also create separate reward variables that are not normalized. These will be used for tracking the true values of “metrics that matter” in the simulation metrics panel of the Pathmind Production web app.

Run each of these component functions, then evaluate their outputs using the simulation metrics panel. For the first component, the totalCost should be low, and in the second, the totalWaitTime should be low.

The middle panel in Figure 3 represents how component reward functions can be combined. Each colored line shows a different individual reward function either as a penalty (-=) or a reward (+=), with a multiplicative factor adjusting its relative importance.

Run several combinations of reward functions built from pretested component functions as described in the previous step. Evaluate the performance of each experiment using the simulation metrics panel, then adjust the importance factor on each line to shape your reward.

Did this answer your question?